Some Guidelines for your Paragraph Assignments

​1.    Send in your paragraph either in Word or in PDF, attached to an email. The name of your email should be: Your name – Course code – Number of the paragraph
(For example: Jane Doe - HEBR.211 – Paragraph #79B
2.    Keep the book’s narrative style of explanation (do not use bullet points)
3.    Study your assigned paragraph so you understand it well.  When necessary, read previous paragraphs in the chapter for context, use dictionaries, google, or other sources until you understand not just the message of the paragraph, but also each word and expression in it.
4.    Then rewrite the paragraph in easily accessible language.  It is your task to relay a complicated message in words that a High School student would understand.
5.    Where possible, drop superfluous adjectives and phrases.
6.    If a sentence is complicated, it may be useful to cut it up in shorter sentences.
7.    In many cases, it will be possible to radically shorten the text without losing the message of the paragraph.
8.  On the other hand, in some cases it may be necessary to explain a complicated notion by using more words than the author did in the original text.
9. Reread your excerpt as if ‘with the eyes of an outsider’ and see if everything is easily and clearly understandable.

SPELLING, STYLE AND GRAMMAR
THESE INSTRUCTIONS ARE THE SAME AS IN YOUR “GUIDELINES FOR WRITING YOUR PAPER”:

10.b. SPIRITUAL ENTITIES:
Spiritual entities that are unique are spelled with a capital (if you believe in them is not relevant):
Examples are: God, Lord, Allah, Holy Spirit, Trinity, Satan, Devil.
The word god (with lower case) refers to multiple gods, i.e. idols.
When referring to the Deity in monotheism, be it Judaism, Christianity or Islam, the spelling needs to be God (with a capital G).

10.c. TITLES AND ATTRIBUTES:
Titles and functionaries are with lower case, if there are multiple:
Examples are: professor, king, judge, lord, nagīd, rabbi, priest, caliph, sultan, prophet, vizier.
If however these titles are used as attributes of God, then use a capital: e.g. the King, Lord, Judge.
Also, other attributes of God: Almighty, Creator (in contrast to: creation), the Omnipotent, the Omniscient, the Omnipresent, etc. should be capitalized.
If titles are used as a name of a specific person (even though there could be technically be more than one person name by this title), then it should be capitalized.
For instance: the Rebbe, the Rav, Jesus Christ, John the Baptist.
If a title refers to a unique position or person, of which there is only one at a time, then spell it with a capital: The High Priest, the Messiah, the Pope.
And exception here is in a plural context, such as in sentences like: "There have been many high priests", or "Each age has his own messiah", etc.

10.d. HOUSES OF WORSHIP:
A house of worship is with small letter: church, synagogue, mosque.
If the term refers to an organization/institution, then it IS capitalized.
For instance: the Church.  In this case, the word Church is seen as an abbreviation of an institution: the "Roman Catholic Church", which of course is also a proper noun (i.e. a name).
Furthermore: Sanhedrin.
Note that there is no umbrella organization called the Synagogue, or the Mosque.  Hence these words are spelled without a capital: synagogue, mosque.

10.f. TITLES OF HOLY BOOKS:
Names of books are capitalized: Guide of the Perplexed, the Jewish State, the Hobbit.
That includes holy books: Bible, Torah, Tanakh, Mishna, Talmud, Gospels, Qur'an, Hadith, Bagavadgita, Upanishads, Scripture, Holy Scripture, etc.
Titles of books, if written within the text, should be in italics also by the way...!

10.j. DAYS OF WEEKS, MONTHS AND ERAS:
Sunday, Tuesday, Saturday, Shabbat, November, Ramadan, Sivan, Nisan, Middle Ages, etc.
Without capitals, the words middle ages mean something else:
"Out of all ages of the population, the middle ages range from 35-45".

11. ITALICS:
11.a. FOREIGN WORDS WITHIN THE TEXT
Use italics for foreign words within the text: yeshiva, kiddush
!!! With each foreign word, a translation has to be given the first time that it is mentioned
Examples: yeshiva (Talmud academy), tzaddik (righteous one), etc.

11.a. TITLES WITHIN THE TEXT
When a tile of a book or article is mentioned within the text of your essay, it should be in italics.

12. REPETITION:
* AVOID repetition of similar words!!!!!  Examples:
"After this introduction, he introduced..."
"He believed in these beliefs"
"He was the head rabbi and as head rabbi..."
"He defended his father's work and worked to spread..."
"They could not build buildings higher than..." (better: build structures)
"This was a very important position which caused Rambam to be very respected" (avoid twice very)

14. LENGTH OF SENTENCES:
Cut up long sentences into shorter ones.
Be as concise as you can be.
Take out any superfluous words, sentences and phrases.
Anything you can take out while still maintaining the essential message should be taken out and will make your paper stronger!

15. APOSTROPHES:
15.a. POSSESSIVE APOSTROPHES
In almost all cases, apostrophes are used with an s after a noun (‘s) to show possession.

15.a.1.   With singular nouns, you add   ‘s behind the noun:
The boy’s sister (i.e. of the boy)
The king’s dominion (of the king)
The boss’s employees (of the boss)
The class’s average grade…
Mary’s dress
Charles Dickens’s novels
There are however three exceptions:
1) Jesus:  Jesus’ birth (no Jesus’s),
2) Moses:  Moses’ leadership (instead of Moses’s) and
3) Greek names than end with an s.  Such as: Sophocles’ plays… (and not Sophocles’s).

15.a.4.   Possessive apostrophe is only used for nouns!!
It is not used for possessive pronouns!
Such as:  Whose, ours, yours, his, hers, theirs, and its (!)

15.b. APOSTROPHE FOR OMISSION
This means that the apostrophe has taken the place of letters that were left out. Examples are:
Don’t (from do not),
Doesn’t (from does not)
I’m (from I am)
It’s (from It is)

15.c. DO NOT CONFUSE……. ITS AND IT’S !!!!
A very common mistake is the confusion of its and it’s.
Perhaps counter-intuitive, its is the possessive form:
For instance: “Judaism experienced its Golden Age…” (“of it’, see also paragraph 15.a.4.)
On the other hand, it’s is short for it is.
For example: “It’s good to be the king!”

17. BE CONSISTENT IN THE USE OF TENSES
Don’t shift from one tense to another (e.g. from present tense to past tense, etc.)
So do not write: “In 928, Saadia Gaon moves (present tense) to the city of Sura, where he ended up (past tense) in a dispute.”  Whether you relay something in the present tense or if you choose another tense: be consistent. 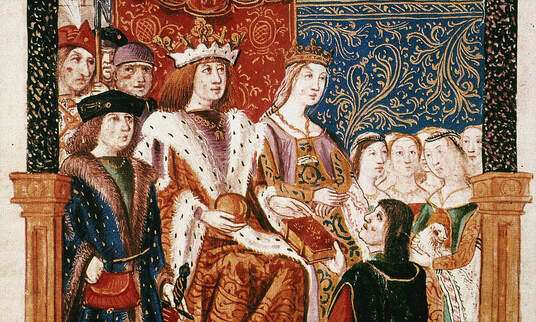